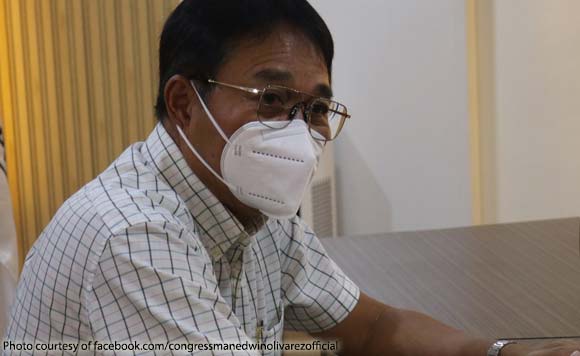 0 1,921
Share
Want more POLITIKO News? Get the latest newsfeed here. We publish dozens and dozens of politics-only news stories every hour. Click here to get to know more about your politiko - from trivial to crucial. it's our commitment to tell their stories. We follow your favorite POLITIKO like they are rockstars. If you are the politiko, always remember, your side is always our story. Read more. Find out more. Get the latest news here before it spreads on social media. Follow and bookmark this link. https://goo.gl/SvY8Kr

Parañaque Rep. Edwin Olivarez said there is a conflict in the mandate of the Philippine Amusement and Gaming Corporation and has suggested privatizing casinos in order to resolve this.

Olivarez, who chairs the House Committee on Government Enterprises and Privatization, noted that Pagcor is functioning as a gaming regulator while also operating 45 casinos, which meant that the agency is essentially regulating itself.

“The President mentioned during his SONA about privatization of some government agencies and functions, and perhaps privatizing Pagcor’s casinos should be considered to resolve this conflict,” Olivarez said during the recent hearing on the Pagcor budget.

Pagcor Chair Alejandro Tengco said the agency recognizes the conflict and is looking for a resolution.

Tengco asked Congress for more time to study the issue.

Olivarez also said host cities receive very little from the operators of private casinos even though local governments provide nearly all of the social services for the casinos, including garbage collection, security, and health.

Tengco said Pagcor would seek ways to give local governments a bigger share of the casinos’ revenues.

“This will benefit not only the City of Parañaque but all the host LGUs in our country should this bigger revenue share materialize,” Olivarez said.