Muntinlupa residents get rice for trash 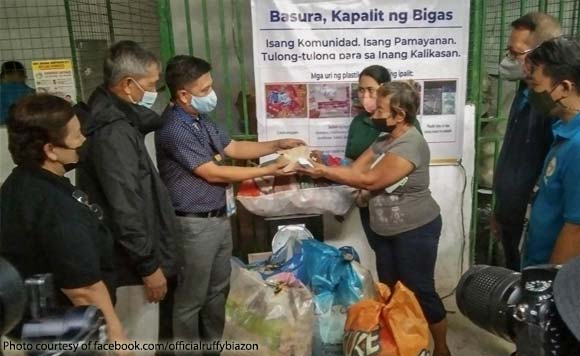 0 229
Share
Want more POLITIKO News? Get the latest newsfeed here. We publish dozens and dozens of politics-only news stories every hour. Click here to get to know more about your politiko - from trivial to crucial. it's our commitment to tell their stories. We follow your favorite POLITIKO like they are rockstars. If you are the politiko, always remember, your side is always our story. Read more. Find out more. Get the latest news here before it spreads on social media. Follow and bookmark this link. https://goo.gl/SvY8Kr

Muntinlupa residents were able to get kilos of rice in exchange for trash.

Biazon said 138 kilos of residual waste were collected from Bgy. Sucat, and 167.5 kilos from Bgy. Bayanan.

The program is part of the city government’s efforts to protect the environment, he said.

The Environment Sanitation Center and Muntinlupa Gender and Development Office are spearheading the program along with the officials of the two barangays.

He said the program would be expanded to other areas in the city.