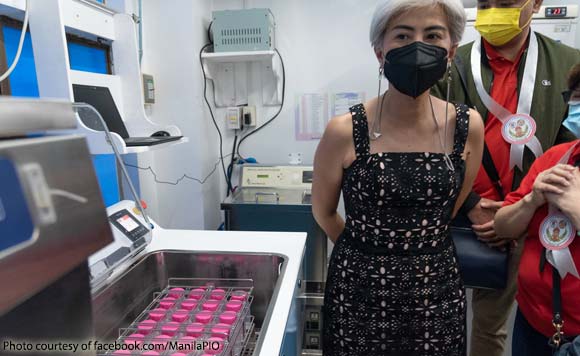 0 959
Share
Want more POLITIKO News? Get the latest newsfeed here. We publish dozens and dozens of politics-only news stories every hour. Click here to get to know more about your politiko - from trivial to crucial. it's our commitment to tell their stories. We follow your favorite POLITIKO like they are rockstars. If you are the politiko, always remember, your side is always our story. Read more. Find out more. Get the latest news here before it spreads on social media. Follow and bookmark this link. https://goo.gl/SvY8Kr

The Rotary Club-Chinatown boosted the milk bank’s capacity by providing it with an advanced human milk pasteurizer model with touch screen and a blast chiller.

Manila Mayor Honey Lacuna accepted the donation on behalf of the city, according to the Manila public information office.

“With this partnership, the City of Manila will be able to cater more infants who are in need of breastmilk,” it said.

The machine could process up to 12 liters of milk in 90 to 100 minutes, and the milk would be ready for consumption once thawed.

The blast chiller could reach up to -20 degrees Celcius in 20 minutes and could fit up to 200 bottles, it said.

It could process more volume of milk at once and the pasteurized milk would have a shelf life of six months to one year if it remains frozen, it added.