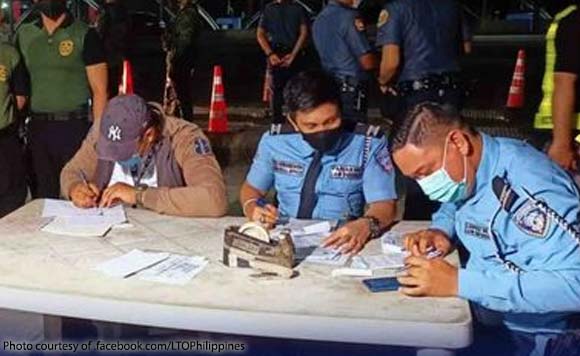 0 52
Share
Want more POLITIKO News? Get the latest newsfeed here. We publish dozens and dozens of politics-only news stories every hour. Click here to get to know more about your politiko - from trivial to crucial. it's our commitment to tell their stories. We follow your favorite POLITIKO like they are rockstars. If you are the politiko, always remember, your side is always our story. Read more. Find out more. Get the latest news here before it spreads on social media. Follow and bookmark this link. https://goo.gl/SvY8Kr

The Land Transportation Office announced that it would conduct more terminal inspections and random drug test on public utility vehicle drivers for for the safety of road users.

These are in accordance with the Anti-Drunk and Drugged Driving Act of 2013, which calls for a nationwide random terminal inspection and quick random drug test of PUV drivers, the LTO said.

The aim is to prevent drivers under the influence of illegal drugs or alcohol from going out on the roads to prevent accident, it said.

Data from the LTO’s Law Enforcement Service – Anti-Drunk and Drugged Driving Enforcement Unit showed that 558 road crash incidents were recorded from January to August 2022, with the highest number taking place in August.

A total of 476 drivers tested positive for alcohol intoxication, and there were 17 fatalities and 281 injuries during this period.

The LTO preventively suspended the licenses of the drivers involved in the incidents pending the issuance of an LTO resolution to determine the administrative sanctions and corresponding penalties for violations.

LTO Chief Assistant Secretary Teofilo Guadiz III reminded drivers to be responsible and to not drive if they are under the influence of drugs or alcohol.

“Time and again, we have all seen the disastrous consequences brought about by drunk or drugged driving, more importantly during the Yuletide season, where many families go out to celebrate and be merry. It is time that we change that mindset in order to avert the loss of life and property,” Guadiz said.

Keeping the legacy: Francis Zamora drops by LSGH gym for…

Aiko Melendez defends Toni Gonzaga: Spare her from your…