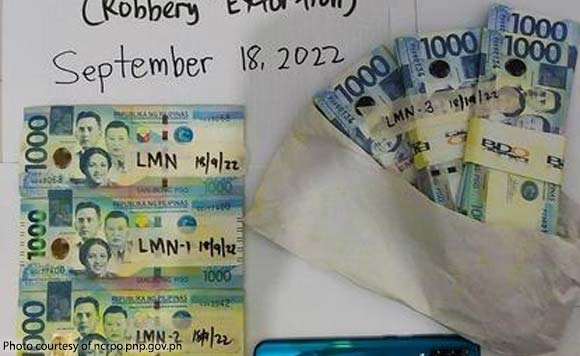 0 107
Share
Want more POLITIKO News? Get the latest newsfeed here. We publish dozens and dozens of politics-only news stories every hour. Click here to get to know more about your politiko - from trivial to crucial. it's our commitment to tell their stories. We follow your favorite POLITIKO like they are rockstars. If you are the politiko, always remember, your side is always our story. Read more. Find out more. Get the latest news here before it spreads on social media. Follow and bookmark this link. https://goo.gl/SvY8Kr

Police arrested an alleged National Bureau of Investigation consultant in an entrapment operation for supposedly demanding money in exchange for the release of two Chinese nationals.

As Marbid was being apprehended, Laurence Delos Tria tried to intervene, which resulted in the police arresting him for obstruction of justice.

The two suspects were brought to the Southern Police District for documentation and disposition.

The Chinese nationals were rescued.

Members of the NCRPO’s Regional Intelligence Division and the Special Operations Unit of the Southern Police District conducted the entrapment operation.

NCRPO chief Brig. Gen. Jonnel Estomo commended the operatives for a job well done and said the police would not let wrongdoers get away scot-free.

He also called on the public to report illegal activities to law enforcers, and they would act on it.