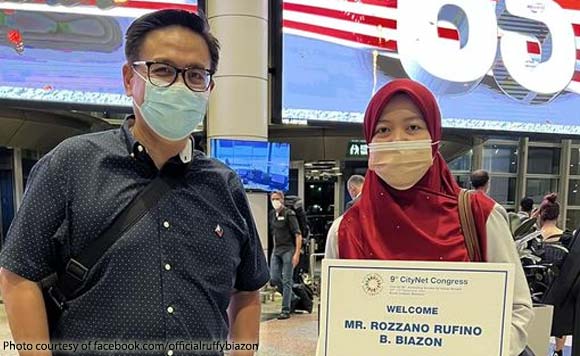 Muntinlupa Mayor Ruffy Biazon is now in Malaysia to represent his city in the 9th CityNet Congress.

During the event, Biazon would network with other cities in the world and would report on the results of his audit of the group.

CityNet is a network of 173 cities, civil society and corporate partners committed to sustainable urban development in the Asia Pacific region.

Biazon said Muntinlupa has served as auditor of CityNet since 2017.

He said he would report on the results of the audit conducted by his city during the group’s congress.

He would also take the chance to connect with other cities and learn their best practices, he said,

His trip to Malaysia is sponsored by CityNet, which means Muntinlupa did not need to spend for it.