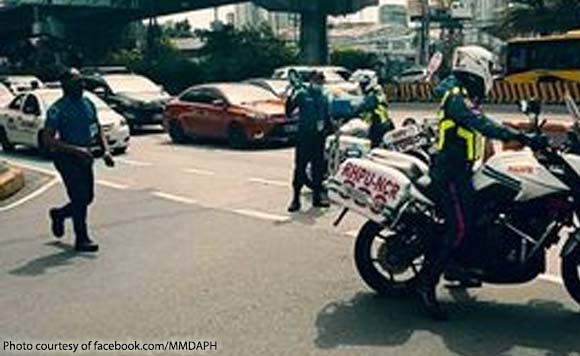 0 160
Share
Want more POLITIKO News? Get the latest newsfeed here. We publish dozens and dozens of politics-only news stories every hour. Click here to get to know more about your politiko - from trivial to crucial. it's our commitment to tell their stories. We follow your favorite POLITIKO like they are rockstars. If you are the politiko, always remember, your side is always our story. Read more. Find out more. Get the latest news here before it spreads on social media. Follow and bookmark this link. https://goo.gl/SvY8Kr

The Metropolitan Manila Development Authority plans to deploy 500 personnel to manage the traffic flow for the 55th Asian Development Bank Annual Meeting that would be held from September 26 to 30, 2022.

Members of the Task Force Traffic Management would provided personnel and equipment along the ADB-dedicated route to ensure that the delegates flying in to the country would be able to move seamlessly from the airport to their hotels and meeting venues, according to MMDA Acting Chair Carlo Dimayuga III.

The MMDA also hopes to cause the least inconvenience to the general public, said Dimayuga.

At least 300 delegates from member-economies of the ADB are expected to attend the event at the ADB Headquarters at Ortigas Center, Mandaluyong City.

“No roads will be closed for the five-day meeting but motorists may expect traffic disruptions at the Ortigas area and other affected routes,” Dimayuga said.

He said there may be occasional traffic disruptions along EDSA, Julia Vargas, ADB Avenue, San Miguel Avenue, Guadix Drive, Bank Drive, and Saint Francis Street whenever delegates’ convoys from the airport to Ortigas area pass by.

There would be a dedicated ADB special lane along Saint Francis and Bank Drive for the delegates’ convoy on September 28 and 29.

On EDSA, the delegates’ convoy may use the inner lane or the EDSA Busway Carousel from Guadalupe to the Ortigas area.

The MMDA said traffic enforcers would be deployed along the route of the convoy transporting the delegates.

The MMDA Road Emergency Group, in coordination with the Office of the Civil Defense, Department of Health, Bureau of Fire Protection, would also be on standby to provide emergency assistance.

Traffic personnel from the Philippine National Police, Mandaluyong and Pasig local government units, as well as security forces of the Ortigas Center, would also implement traffic direction and control along the ADB routes.