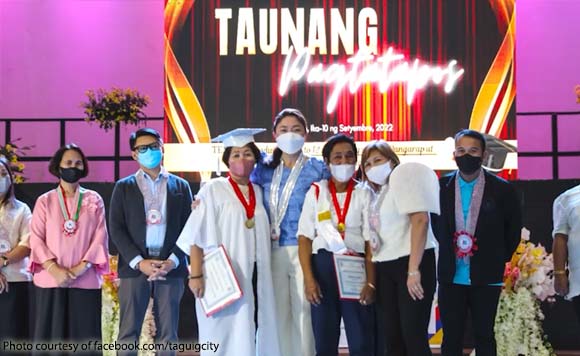 0 1,481
Share
Want more POLITIKO News? Get the latest newsfeed here. We publish dozens and dozens of politics-only news stories every hour. Click here to get to know more about your politiko - from trivial to crucial. it's our commitment to tell their stories. We follow your favorite POLITIKO like they are rockstars. If you are the politiko, always remember, your side is always our story. Read more. Find out more. Get the latest news here before it spreads on social media. Follow and bookmark this link. https://goo.gl/SvY8Kr

The Taguig government is all praises for three senior citizens who completed their elementary and high school education through the city’s alternative learning system.

Diaz said he was happy to have graduated and wanted to be a doctor of theology.

Fajardo, who was unable to study when she was younger because her parents died early, said it had been her dream to hold her own diploma.

Dejumo said she decided to try the ALS because she had been unable to complete her studies when she was younger.

The Taguig City government said these three senior citizens show that their age and circumstances in life are not a barrier to reaching their dream of getting their diploma.

It also vowed to support them.