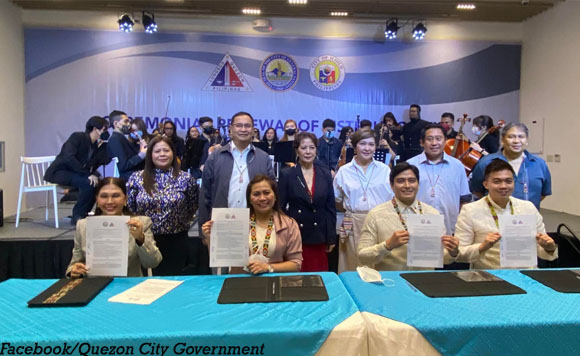 0 357
Share
Want more POLITIKO News? Get the latest newsfeed here. We publish dozens and dozens of politics-only news stories every hour. Click here to get to know more about your politiko - from trivial to crucial. it's our commitment to tell their stories. We follow your favorite POLITIKO like they are rockstars. If you are the politiko, always remember, your side is always our story. Read more. Find out more. Get the latest news here before it spreads on social media. Follow and bookmark this link. https://goo.gl/SvY8Kr

The Quezon City government is pursuing its close ties with General Santos City.

The two local governments have renewed their sister city agreements that seeks to promote favorable relations, partnership, and cooperation between them.

It also seeks to recognize the importance of the principles of equality and the appreciation of the exchange of culture, heritage, and arts.

Both cities agreed to create a Joint Technical Working Group that would prepare and recommend short and medium term programs of activities to implement the sisterhood arrangements.

The Quezon City government said its goal in entering into the sister cities program is to foster friendship, trade, understanding and cooperation with other local governments.

The signing of the renewal of the agreement was held in General Santos, which hosted the activity.

The officials also had a Lakbay Aral program where they visited the local grape vine plantation, the Mindanao State University Museum, the house of former Sen. Manny Pacquiao, and the Gen San Fish Port.