Muntinlupa Mayor Ruffy Biazon not spared, says scammers have his data as well 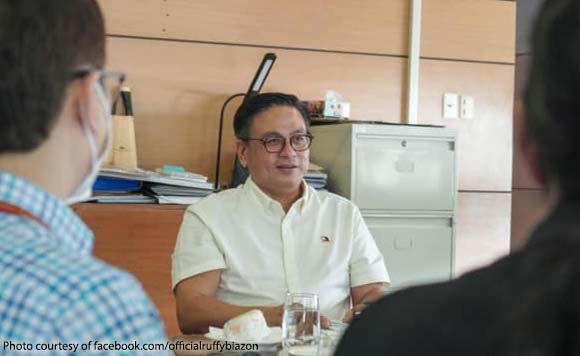 0 1,663
Share
Want more POLITIKO News? Get the latest newsfeed here. We publish dozens and dozens of politics-only news stories every hour. Click here to get to know more about your politiko - from trivial to crucial. it's our commitment to tell their stories. We follow your favorite POLITIKO like they are rockstars. If you are the politiko, always remember, your side is always our story. Read more. Find out more. Get the latest news here before it spreads on social media. Follow and bookmark this link. https://goo.gl/SvY8Kr

Public officials like Muntinlupa Mayor Ruffy Biazon have not been spared from having their data taken by unauthorized parties.

On Twitter, Biazon shared a screenshot of a text message he received claiming he won P6,000 and providing a link where he could get the prize.

The sender addressed him by his full first name, which is Rozzano Rufino.

This indicates that unauthorized parties were able to obtain his data, he said.

“Yup, it’s true…these spam messages have my data…without my permission,” he said on Twitter.

The Muntinlupa City government advised the public to be wary about messages like the one Biazon received and said they should not click the links provided.

It cited the tweet from Supreme Court Associate Justice Marvic Leonen saying these messages show that data providers have been careless with people’s personal information.