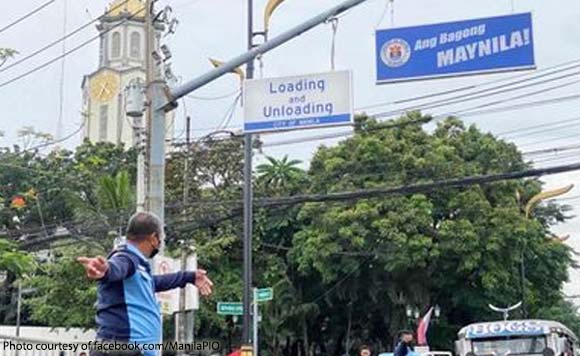 0 1,035
Share
Want more POLITIKO News? Get the latest newsfeed here. We publish dozens and dozens of politics-only news stories every hour. Click here to get to know more about your politiko - from trivial to crucial. it's our commitment to tell their stories. We follow your favorite POLITIKO like they are rockstars. If you are the politiko, always remember, your side is always our story. Read more. Find out more. Get the latest news here before it spreads on social media. Follow and bookmark this link. https://goo.gl/SvY8Kr

Manila City Mayor Honey Lacuna is increasing the number of traffic enforcers on the roads following the suspension of the no contact apprehension policy upon the order of the Supreme Court.

But while complying with the SC’s temporary restraining order, Lacuna also defended the NCAP that the city government had implemented, saying that it had been effective in instilling discipline among motorists and preventing gridlocks, and had reduced the number of traffic violations.

She said data from the Metropolitan Manila Development Authority showed that the number of fatal and non-fatal injuries due to traffic accidents went down by 47 percent in 2021 after the NCAP was implemented in the city.

Data from the Manila Police District also showed that the number of recorded road accidents dropped by 62 percent after NCAP was implemented, she said.

The number of recorded traffic violations also dropped by 90 percent based on the daily average recorded per traffic camera in the city, she added.

These indicate that NCAP had been successful in getting the traffic to flow smoothly, said Lacuna.

“The evidence shows that NCAP keeps traffic flowing smoother and faster, and keeps motorists, bicycle users, and pedestrians safe on the city roads and streets,” she said.

She also assured Manila residents and motorists that the city’s Manila Traffic and Parking Bureau would continue to strictly enforce traffic regulations to maintain order, discipline, and safety along the roads.