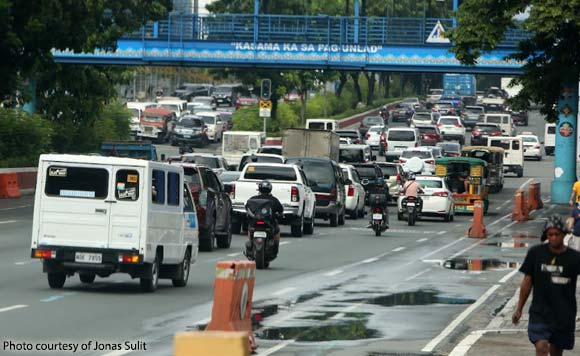 0 856
Share
Want more POLITIKO News? Get the latest newsfeed here. We publish dozens and dozens of politics-only news stories every hour. Click here to get to know more about your politiko - from trivial to crucial. it's our commitment to tell their stories. We follow your favorite POLITIKO like they are rockstars. If you are the politiko, always remember, your side is always our story. Read more. Find out more. Get the latest news here before it spreads on social media. Follow and bookmark this link. https://goo.gl/SvY8Kr

The Metropolitan Manila Development Authority and several local government units have stopped the implementation of their no contact apprehension policy after the Supreme Court issued a temporary restraining order against it.

The MMDA said as per SC spokesperson Brian Keith Hosaka, the agency is also covered by the court’s order.

The Quezon City government also said it would abide by the TRO, although it defended the policy of using closed circuit TV cameras to catch traffic rule violators.

Quezon City said the NCAP had reduced traffic violations in the affected areas by 93 percent.

“It has shown that it instills a culture of traffic discipline among motorists and we believe that its implementation is legal and proper,” it said.

Manila Mayor Honey Lacuna’s spokesperson Princess Abante said the city would follow the SC order, and added that it respects the right of people to legally challenge the policy.

Valenzuela Mayor Wes Gatchalian suspended the implementation of the NCAP after the SC decision was reported, even though the city has yet to receive the formal order.

San Juan Mayor Francis Zamora said the city respects the SC’s decision and would abide by it, although he noted that San Juan has yet to implement the NCAP.

The SC issued the TRO on the petition of transport groups, which said the policy placed them “under the constant threat of being arbitrarily apprehended remotely” and led to them facing “unreasonable” penalties.