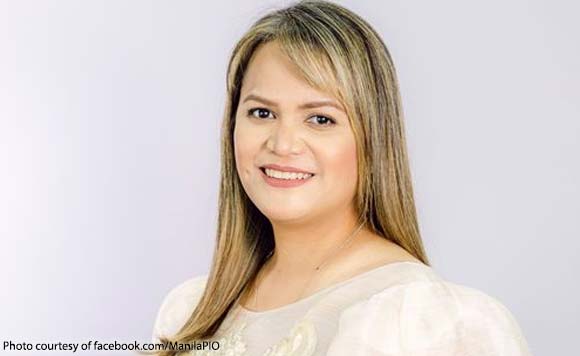 0 1,569
Share
Want more POLITIKO News? Get the latest newsfeed here. We publish dozens and dozens of politics-only news stories every hour. Click here to get to know more about your politiko - from trivial to crucial. it's our commitment to tell their stories. We follow your favorite POLITIKO like they are rockstars. If you are the politiko, always remember, your side is always our story. Read more. Find out more. Get the latest news here before it spreads on social media. Follow and bookmark this link. https://goo.gl/SvY8Kr

Lacuna has designated Abante as her spokesperson and Head of Communication of the Office of the Mayor.

“The Manila Public Information Office welcomes the appointment of Atty. Priscilla Marie ‘Princess’ Abante as the Spokesperson and Head of Communication under the Office of the Mayor,” it said.

Abante is a lawyer who obtained her law degree from the University of Sto. Tomas.

She served as Commissioner-at-Large of the National Youth Commission from 2005 to 2009 before joining the Ponce Enrile Reyes & Manalastas Law Firm as a litigation lawyer.

She served as Manila Councilor from 2013 to 2022 and chaired the Committee on Education, among others.

She was the principal author of the ordinances granting allowances to public school senior high school students in Manila, as well as to the students of the Universidad de Manila and the Pamantasan ng Lungsod ng Maynila.

Abante served as well as Regional Chairperson of the National Movement of Young Legislators – National Capital Region from 2019-2022 and concurrently held the designation of Chief of Staff of her father, Manila Rep. Benny Abante, in his positions as Minority Leader, Deputy Speaker, and currently Deputy Majority Leader.