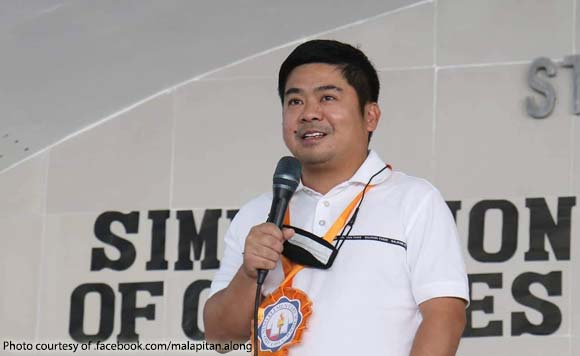 0 485
Share
Want more POLITIKO News? Get the latest newsfeed here. We publish dozens and dozens of politics-only news stories every hour. Click here to get to know more about your politiko - from trivial to crucial. it's our commitment to tell their stories. We follow your favorite POLITIKO like they are rockstars. If you are the politiko, always remember, your side is always our story. Read more. Find out more. Get the latest news here before it spreads on social media. Follow and bookmark this link. https://goo.gl/SvY8Kr

The Caloocan City government is concerned with the closure of the road going into and out of Pangarap Village, according to Mayor Along Malapitan.

Malapitan said the the decision of Carmel Development Inc. to close the road would restrict the public from going to the government facilities inside Pangarap Village.

The closure would also make it difficult for students who live outside the village but are studying at the Pangarap Elementary School and Pangarap High School to report to class, he said.

He also said the city government would see to it that government services would not be disrupted and that residents would remain safe. 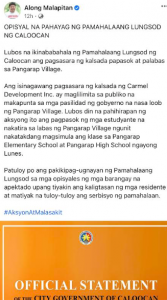