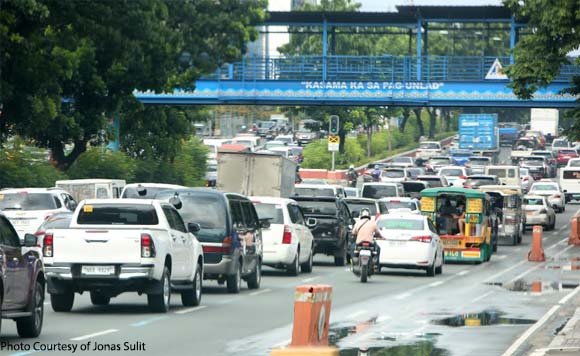 0 720
Share
Want more POLITIKO News? Get the latest newsfeed here. We publish dozens and dozens of politics-only news stories every hour. Click here to get to know more about your politiko - from trivial to crucial. it's our commitment to tell their stories. We follow your favorite POLITIKO like they are rockstars. If you are the politiko, always remember, your side is always our story. Read more. Find out more. Get the latest news here before it spreads on social media. Follow and bookmark this link. https://goo.gl/SvY8Kr

A total of five Metro Manila mayors have stood firm on their decision to implement the no-contact apprehension policies in their respective cities amid criticism of the program.

Under the policy, motorists are fined for violations based on video surveillance.

But some have complained about excessive fines, or of being fined despite not committing any violations. Others said there was no due process.

The mayors noted that President Ferdinand “Bonbong” Marcos Jr. had emphasized the need for the government to digitize and had urged local governments to get into joint ventures and public-partner partnerships.

One example of this is the implementation of the NCAP that involves the use of advanced camera systems, they said.

“With this in mind, We, the undersigned Local Chief Executives, have joined together on a common stance to continue the implementation of NCAP within our respective territorial jurisdictions and vow to continuously improve infrastructure and road conditions foreseeing the need for a safer environment for our constituents,” they said.

But they also said they welcomed the public’s sentiments about the policy, and added that the people’s opinions and suggestions would greatly improve future endeavors.

Still, they believe the NCAP has been beneficial.

They said it minimized human intervention in traffic enforcement and eliminated corruption.

It also created a culture of discipline among motorists and improved driving behavior.

The mayors also said due process was followed in the implementation of the NCAP.

“The implementation of the NCAP never disregarded motorists’ due process since each local government unit has their respective traffic adjudication boards where motorists can contest and file protests or appeals,” they said.

They further said the effective implementation of the policy requires cooperation between local government units and government agencies, particularly the Land Transportation Office, and called for their support for the NCAP.

“We therefore collectively urge all relevant government agencies to stand with us in pursuing and continuously innovating this internationally-proven program for effective traffic management,” they said.

Zamora, in a separate statement on Facebook, clarified that San Juan has not yet implemented the NCAP because its cameras and equipment are still being installed.

He said San Juan was open to listening to the LTO and the different sectors, and was open as well to amending the policy’s existing provisions for the better and smoother implementation of the NCAP in his city.