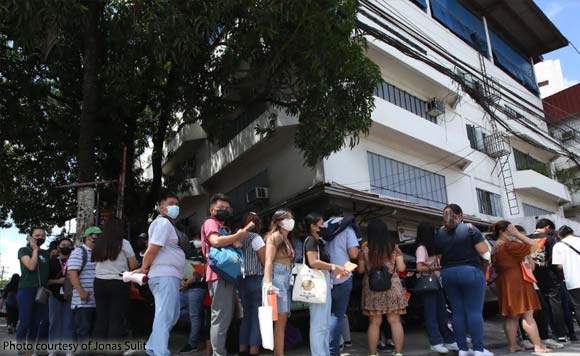 0 862
Share
Want more POLITIKO News? Get the latest newsfeed here. We publish dozens and dozens of politics-only news stories every hour. Click here to get to know more about your politiko - from trivial to crucial. it's our commitment to tell their stories. We follow your favorite POLITIKO like they are rockstars. If you are the politiko, always remember, your side is always our story. Read more. Find out more. Get the latest news here before it spreads on social media. Follow and bookmark this link. https://goo.gl/SvY8Kr

The Quezon City government has come to the aid of students, parents, teachers, and employees of Colegio de San Lorenzo, which announced on Monday that it would close down permanently.

The school is shutting down operations due to financial instability and lack of financial viability brought about by the pandemic and low enrollment numbers.

Following the announcement, Mayor Joy Belmonte directed the City Legal Department, led by City Attorney Orlando Paolo Casimiro, to look into how the city government could help those affected and to ensure that the school takes responsibility for all the inconveniences suffered by its stakeholders.

“We will extend all possible assistance to the students and parents, especially since the school year has started. We shall help in coordinating with other schools, colleges, and universities where affected students can transfer with their credentials credited,” Belmonte said.

She said the city government would see to it that no student, especially the graduating ones, would suffer any delay in their studies.

She would ensure as well that the refunds would be given quickly, and that the teaching and administrative personnel would be taken care of.

Several schools have expressed willingness to take in the students of Colegio de San Lorenzo, she noted.

She said the Quezon City University is open to accepting interested students in its three branches, especially graduating students.

“The QCU will welcome the college students of CDSL and we will help in crediting their classes and helping them have a smooth transition to our university,” said QCU President Dr. Theresita Atienza.

Belmonte said the affected teachers and non-teaching personnel would be endorsed to the QC-Public Employment Service Office for possible financial assistance or prospective employment.

Casimiro has met with representatives of Colegio de San Lorenzo, who vowed to fulfill the needs of the affected students and teachers.

“The officials of Colegio de San Lorenzo have expressed their full cooperation in refunding tuition and other expenses such as books and uniforms; endorsing students to other schools and universities; and releasing the salaries and incentives of its teaching and non-teaching staff,” Casimiro said.