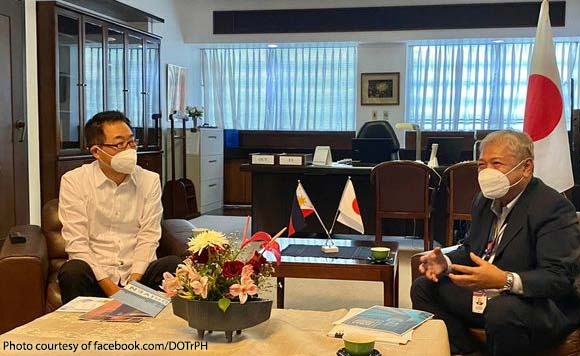 0 2,920
Share
Want more POLITIKO News? Get the latest newsfeed here. We publish dozens and dozens of politics-only news stories every hour. Click here to get to know more about your politiko - from trivial to crucial. it's our commitment to tell their stories. We follow your favorite POLITIKO like they are rockstars. If you are the politiko, always remember, your side is always our story. Read more. Find out more. Get the latest news here before it spreads on social media. Follow and bookmark this link. https://goo.gl/SvY8Kr

Transportation Secretary Jaime Bautista recently met and exchanged notes with Japanese Ambassador to the Philippines Koshikawa Kazuhiko on projects between the Philippines and Japan.

This was the first bilateral coordination meeting between the Philippines, the Embassy of Japan, and the Japan International Cooperation Agency under the administration of President Ferdinand “Bongbong” Marcos Jr., according to the The Department of Transportation.

Also discussed were the JICA-funded initiatives for aviation and airports, road transport, and maritime, it said.

These are intended to make Philippine transportation safer, accessible, affordable, and comfortable, it added.

The Japanese Embassy and JICA assured the DOTr of their commitment to the swift completion of the priority projects.