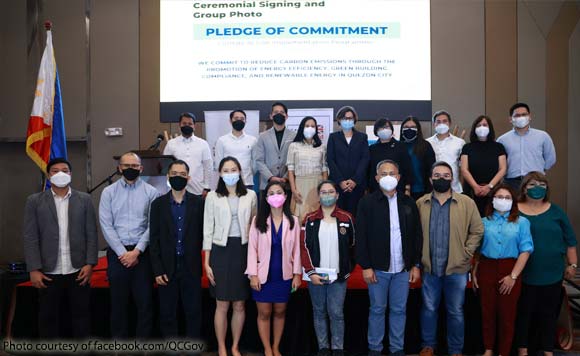 0 239
Share
Want more POLITIKO News? Get the latest newsfeed here. We publish dozens and dozens of politics-only news stories every hour. Click here to get to know more about your politiko - from trivial to crucial. it's our commitment to tell their stories. We follow your favorite POLITIKO like they are rockstars. If you are the politiko, always remember, your side is always our story. Read more. Find out more. Get the latest news here before it spreads on social media. Follow and bookmark this link. https://goo.gl/SvY8Kr

The Quezon City government has teamed up with the United Kingdom government and C40 Cities to launch its Climate Action Implementation (CAI) Program, which seeks to address the effects of the climate crisis.

Under the CAI, which is funded by the UK government, Quezon City would provide technical assistance and capacity building programs for energy efficiency and conservation, and the adoption of renewable energy in establishments.

These are two of the city’s priority actions based on its Enhanced Local Climate Change Action Plan, according to the city government.

C40 is a network of mayors of close to 100 cities that are working together to confront the climate crisis.