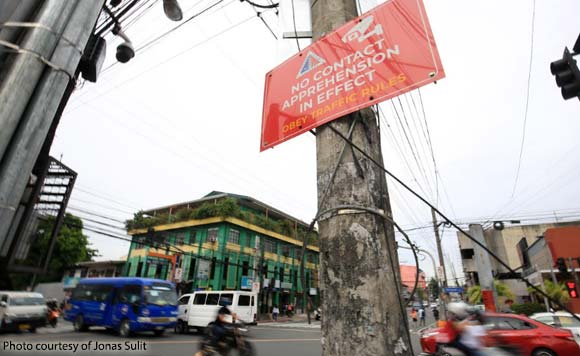 Motorists would get a bit more leeway under the planned adjustments to the no contact apprehension policy (NCAP) system being implemented in the capital region, according to a Metropolitan Manila Development Authority official.

Under the NCAP, motorists caught on camera committing a traffic violation would no longer be flagged and would just receive a notice informing them of their infraction and the corresponding penalty.

MMDA traffic engineering center head Francisco Pesino Jr. told Politiskoop that the agency held talks with local government units and the provider of the NCAP system for the implementation of adjustments so that the system would not be so strict when flagging motorists.

One of the requests was to give the drivers some allowance when it comes to certain violations so that they would not be ticketed immediately, Pesino said.

He also said there was no truth to some claims that the traffic lights immediately go from green to red and give motorists no room to slow down.

He urged motorists to abide by traffic rules even when there are hardly any other vehicles around as the NCAP system operates 24/7.

The MMDA first implemented the NCAP in areas under its jurisdiction. Several local

governments later followed suit and implemented the same policy in areas under their control.