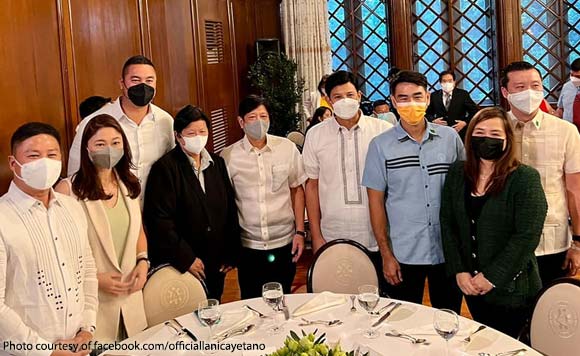 0 1,429
Share
Want more POLITIKO News? Get the latest newsfeed here. We publish dozens and dozens of politics-only news stories every hour. Click here to get to know more about your politiko - from trivial to crucial. it's our commitment to tell their stories. We follow your favorite POLITIKO like they are rockstars. If you are the politiko, always remember, your side is always our story. Read more. Find out more. Get the latest news here before it spreads on social media. Follow and bookmark this link. https://goo.gl/SvY8Kr

Taguig Mayor Lani Cayetano was part of the delegation of the League of Cities of the Philippines who met with the President in Malacañang recently to discuss key projects and initiatives.

Cayetano is the chair of the league’s Committee on Women.

The officials talked about the National Expenditure program, the land use plan, and the streamlining and digitalization of processes in the cities and other local governments, she said.

She also said that while she and her husband Sen. Alan Cayetano are independent politically, they would support the administration’s good projects.

They would also offer their own suggestions, she said.

She hopes that the partnership between the national and local governments would be blessed, she said.