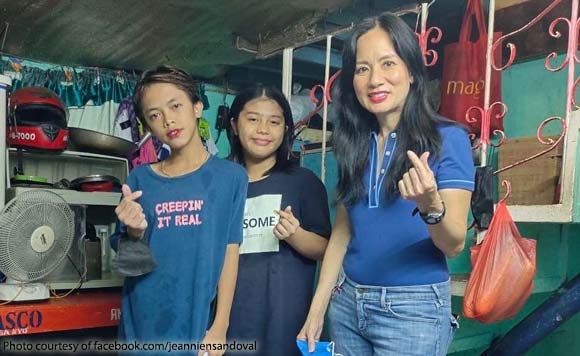 0 819
Share
Want more POLITIKO News? Get the latest newsfeed here. We publish dozens and dozens of politics-only news stories every hour. Click here to get to know more about your politiko - from trivial to crucial. it's our commitment to tell their stories. We follow your favorite POLITIKO like they are rockstars. If you are the politiko, always remember, your side is always our story. Read more. Find out more. Get the latest news here before it spreads on social media. Follow and bookmark this link. https://goo.gl/SvY8Kr

Malabon Mayor Jeannie Sandoval personally met and thanked two young residents of her city who returned a bag they found that contained P23,000 in cash.

Sandoval visited JL and Chloe from Potrero to learn all about their good deed.

They told her that they were on their way to eat when they saw the owner drop the bag. They tried to call the owner’s attention but she did not hear them.

The barangay captain in their area helped them find the owner to return the bag and its contents.

The two youths said they did not think of keeping the bag as it did not belong to them.

Sandoval said their action restored her faith in humanity.

She also said people should emulate these two young residents.

She gave them a reward for their honesty.