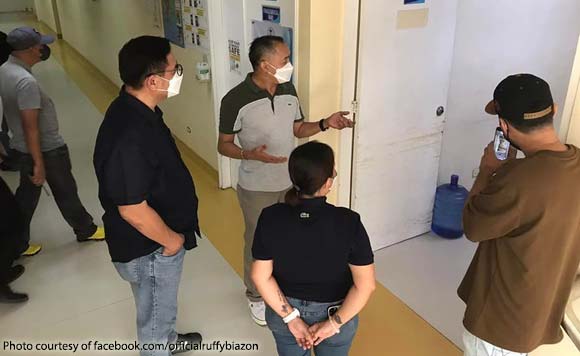 0 1,848
Share
Want more POLITIKO News? Get the latest newsfeed here. We publish dozens and dozens of politics-only news stories every hour. Click here to get to know more about your politiko - from trivial to crucial. it's our commitment to tell their stories. We follow your favorite POLITIKO like they are rockstars. If you are the politiko, always remember, your side is always our story. Read more. Find out more. Get the latest news here before it spreads on social media. Follow and bookmark this link. https://goo.gl/SvY8Kr

This was among his priorities, said Biazon.

One of the things he sought was the improvement of the waiting area for guardians and relatives of patients.

He noted that due to COVID-19 protocols, patients cannot have any watchers and their families and relatives have to wait for them outside.

Their waiting area thus has to be made comfortable, he said.

He had identified areas where waiting sheds, additional seats, and electric fans could be installed, he said.

He also said he would do his best to add more incubators and dialysis machines as he discovered that these are among the most used devices.

Biazon likewise inspected the hospital’s new building that he and and former Mayor Jimmy Fresnedi sought funds for when he was the Muntinlupa representative.

The new building would increase the hospital’s ICU capacity and increase its rooms.

It would also house the laboratory and operating rooms, which would free up more space in the main building, he said.

He bared plans to clean up the hospital’s surroundings and to put more green spaces where people could relax.