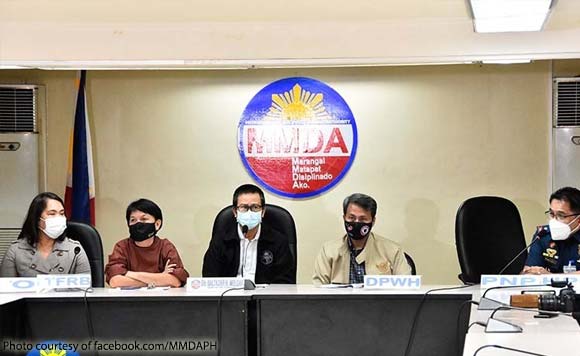 0 143
Share
Want more POLITIKO News? Get the latest newsfeed here. We publish dozens and dozens of politics-only news stories every hour. Click here to get to know more about your politiko - from trivial to crucial. it's our commitment to tell their stories. We follow your favorite POLITIKO like they are rockstars. If you are the politiko, always remember, your side is always our story. Read more. Find out more. Get the latest news here before it spreads on social media. Follow and bookmark this link. https://goo.gl/SvY8Kr

The Metropolitan Manila Development Authority has prohibited its officials and personnel from using sirens, blinkers, and similar devices unless they are using marked vehicles and performing official duties.

The MMDA issued the memorandum to put this into effect in compliance with the parameters laid down by the Philippine National Police-Highway Patrol Group to crack down on the unauthorized of these devices, according to the agency’s officer in charge Director Baltazar Melgar.

“Sirens and blinkers should be attached to marked MMDA vehicles and used in the actual performance of the duties and functions of the agency. Violators among our ranks will face administrative charges,” Melgar said.

The MMDA has also pulled out its motorcycle escorts detailed to various government officials in support of the drive against the illegal use of blinkers and sirens.

PNP- HPG Service Legal Officer Capt. Bingsky Foncardas said current regulations only allow the use of sirens and blinkers on marked government vehicles that are used only during official functions or performance of duties, such as emergency response and law enforcement.

Foncardas also said that only the President, Vice President, Senate President, Speaker of the House of Representatives and Chief Justice of the Supreme Court are allowed to attach and use sirens, blinkers, and other similar devices.