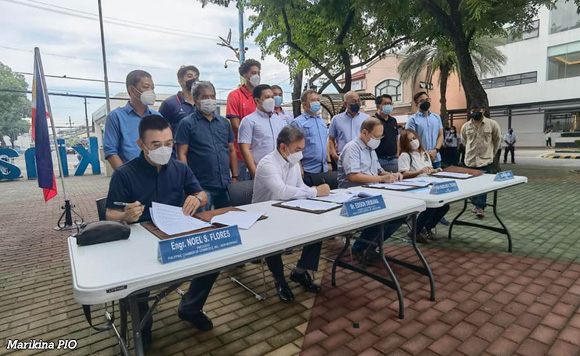 0 1,249
Share
Want more POLITIKO News? Get the latest newsfeed here. We publish dozens and dozens of politics-only news stories every hour. Click here to get to know more about your politiko - from trivial to crucial. it's our commitment to tell their stories. We follow your favorite POLITIKO like they are rockstars. If you are the politiko, always remember, your side is always our story. Read more. Find out more. Get the latest news here before it spreads on social media. Follow and bookmark this link. https://goo.gl/SvY8Kr

Marikina Mayor Marcy Teodoro has signed a deals with three groups as part of his effort to beautify the city.

The murals would be about protecting the importance of caring for the environment, the Marikina public information office said.

Rain or Shine PBA players Gabe Norwood and Shaun Ildefonso were special guests at the signing of the agreements.