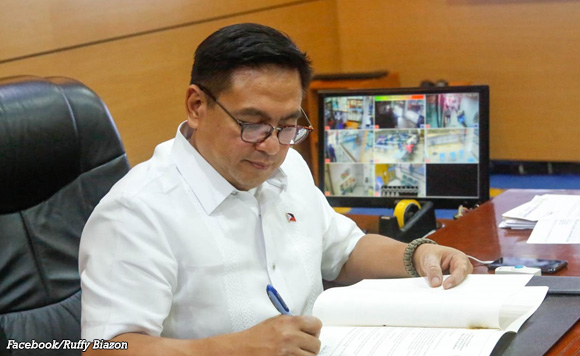 0 2,124
Share
Want more POLITIKO News? Get the latest newsfeed here. We publish dozens and dozens of politics-only news stories every hour. Click here to get to know more about your politiko - from trivial to crucial. it's our commitment to tell their stories. We follow your favorite POLITIKO like they are rockstars. If you are the politiko, always remember, your side is always our story. Read more. Find out more. Get the latest news here before it spreads on social media. Follow and bookmark this link. https://goo.gl/SvY8Kr

Muntinlupa Mayor Ruffy Biazon first order as local chief executive was to set up a one-stop shop to provide frontline services to residents of the city.

Biazon’s Executive Order No. 1 establishes the Kalingang Munti Action Center, where people could go to submit requests for medical, financial, burial and other kinds of assistance.

They would no longer need to visit multiple offices for their requests, he said.

Biazon, on his first working day as mayor, also signed four other executive orders to reconstitute and reorganize other offices in city hall that are crucial to the planning, development, and implementation of his programs.

He also had a meeting with Vice Mayor Temy Simundac and the department heads at city hall.