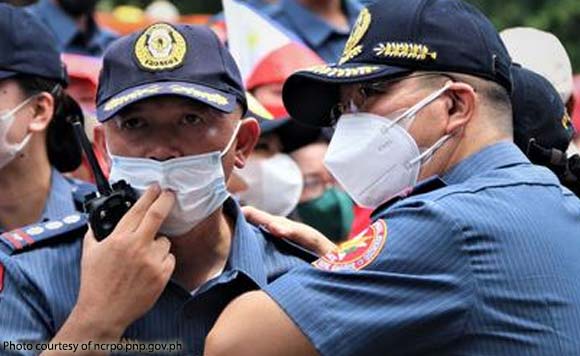 0 621
Share
Want more POLITIKO News? Get the latest newsfeed here. We publish dozens and dozens of politics-only news stories every hour. Click here to get to know more about your politiko - from trivial to crucial. it's our commitment to tell their stories. We follow your favorite POLITIKO like they are rockstars. If you are the politiko, always remember, your side is always our story. Read more. Find out more. Get the latest news here before it spreads on social media. Follow and bookmark this link. https://goo.gl/SvY8Kr

The inauguration of President Ferdinand “Bongbong” Marcos Jr. in Manila was generally peaceful, according to the National Capital Region Police Office.

NCRPO chief Maj. Gen. Felipe Natividad said there were no major incidents recorded during the transition to the country’s new leadership.

This was due to the early preparation and intensified implementation of the security plan by the police, military and other members of the Philippine forces, Natividad said.

“Everyone’s effort is highly appreciated and every role is significant in the success of this historic event,’ he said.

He said the police also followed the instruction of PNP chief Gen. Vicente Danao Jr. to conduct different programs and bring the advocacy of the Philippine National Police to the freedom parks where everyone is welcome to express their thoughts and opinions.

The Metro Manila police likewise reached out to members of the community, he said.

In Liwasanag Bonifacio, the police led the distribution of hot meals to all individuals in the area regardless of what group or organizations they represent, he said.

The NCRPO would continue to reach out to members of communities to make them partners in policing, he said.