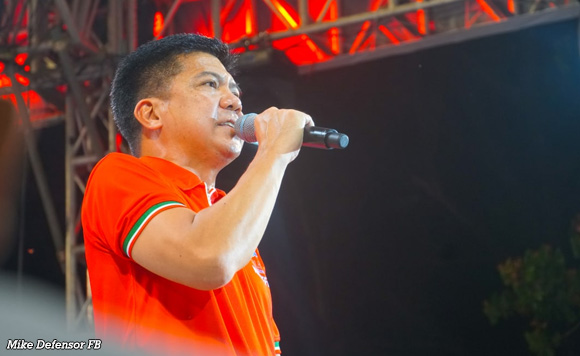 0 162
Share
Want more POLITIKO News? Get the latest newsfeed here. We publish dozens and dozens of politics-only news stories every hour. Click here to get to know more about your politiko - from trivial to crucial. it's our commitment to tell their stories. We follow your favorite POLITIKO like they are rockstars. If you are the politiko, always remember, your side is always our story. Read more. Find out more. Get the latest news here before it spreads on social media. Follow and bookmark this link. https://goo.gl/SvY8Kr

“I am so sad that I received this tragic news on my birthday, a supposed day of celebration. Today I ask my well-wishers to offer their prayers instead for my dear friend Noy,” Defensor said.

Defensor said the death of Andaya’s wife Marrisa “took a toll on him Andaya).”

“She was his reason for being. He could not do anything without her,” Defensor added. “To Noy, rest my friend and enjoy the company of Marissa whom you missed so much. Till we meet again.”

Marissa succumbed to cancer in July 2020.

Defensor narrated that he and Andaya were together in the House of Representatives and the Cabinet of former President Gloria Macapagal Arroyo.

“We share the same kind of sense of humor which many people may find weird,” Defensor added.

He continued that one time Arroyo called Andaya to her office.

“He was literally running and when he saw me, catching his breath, asked if the Pres was in a good mood. I told him yes and is in fact in a happy mood. He went in as I hid behind the door and I saw the Pres shouting as regards a data in the budget (Noy was DBM secretary) she could not ascertain. I was laughing quietly pointing at him as Noy looked at me standing behind President GMA who was seated down typing. He was cursing me with no sound as I laughed through his ordeal. We both went out of the room laughing as he was giving me the ‘bad sign’ for playing a trick on him.”

Defensor and Andaya were part of the so-called Spice Boys at the House of Representatives.