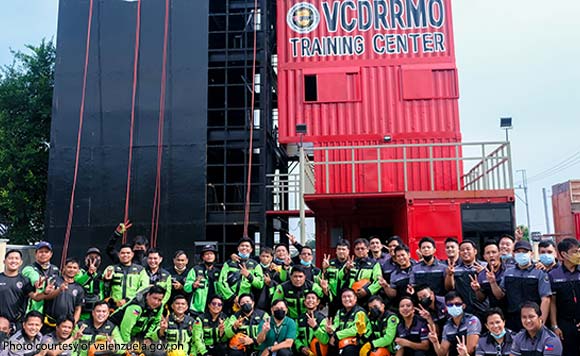 The Valenzuela City Disaster Risk Reduction and Management Office finally has its own training center after six years.

The new, six-storey center, which houses facilities to strengthen the skills of disaster response personnel, was inaugurated on June 27.

It also has a maze, wall climbing features, a fire chamber, and open space for physical fitness training.

VCDRRMO head Arnaldo Antonio said the new training center would give the emergency response personnel the confidence and skills they would need for the job.

Mayor Gatchalian said the construction of the center was delayed because funds for it had to be diverted to more urgent projects, especially during the pandemic.

He appealed to personnel to put the training center to good use.