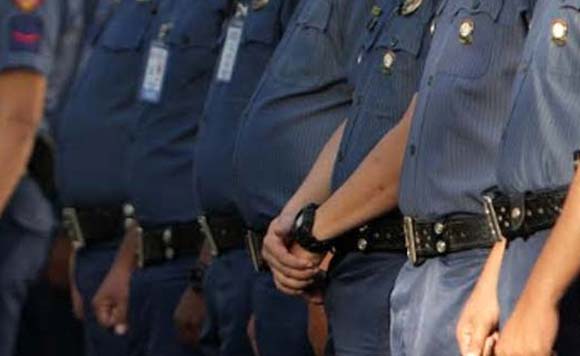 0 99
Share
Want more POLITIKO News? Get the latest newsfeed here. We publish dozens and dozens of politics-only news stories every hour. Click here to get to know more about your politiko - from trivial to crucial. it's our commitment to tell their stories. We follow your favorite POLITIKO like they are rockstars. If you are the politiko, always remember, your side is always our story. Read more. Find out more. Get the latest news here before it spreads on social media. Follow and bookmark this link. https://goo.gl/SvY8Kr

Metro Manila police chief Maj. Gen. Felipe Natividad has lauded the Marikina police for conducting incessant follow up operations that led to the arrest of suspects in a robbery-homicide incident.

The suspects were nabbed in connection with the killing of John Paul Esguerra, whose body was found in Marikina on June 16.

The suspects were traced after they sent text messages to Esguerra’s sister demanding money in exchange for information about his whereabouts.

They provided two Gcash numbers for the receipt of the money, which the Marikina police used to look for the suspects.

They identified Enrico Chavez Jr. as the person who demanded money and subsequently arrested him.

Chavez then identified the individuals who robbed and killed Esguerra.

The Marikina police continued to conduct follow up operations and arrested John Carlo Barrameda and Lea National Ros at the shop where Esguerrea’s bike was found.

Another suspect, Mark Joshua Noay, surrendered to the police.

The suspects were brought to the Marikina City Police Station for documentation and proper disposition.

They are facing complaints of robbery with homicide, extortion, and violation of the anti-fencing law.

Natividad said the actions of the Marikina police were commendable, and warned wrongdoers that the police would go after them no matter what crime they committed.