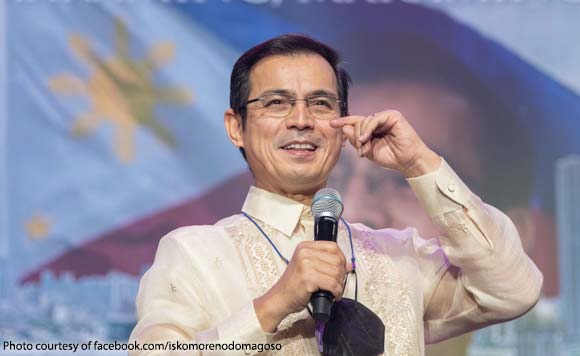 0 765
Share
Want more POLITIKO News? Get the latest newsfeed here. We publish dozens and dozens of politics-only news stories every hour. Click here to get to know more about your politiko - from trivial to crucial. it's our commitment to tell their stories. We follow your favorite POLITIKO like they are rockstars. If you are the politiko, always remember, your side is always our story. Read more. Find out more. Get the latest news here before it spreads on social media. Follow and bookmark this link. https://goo.gl/SvY8Kr

Marcos will take his oath of office at the National Museum in Manila.

In his Executive Order 53, Domagooso said major thoroughfares near and around the National Museum would be closed to traffic on June 30 for safety and security reasons, which would affect motorists and the riding public.

He also said the holiday declaration would allow people to watch the inauguration.

“It is but fitting and proper that all citizens of the country, in general, and residents of the City of Manila, in particular, be given full opportunity to witness and to welcome this significant event in the life of the nation,” he said.

He also directed the Manila Police District and other law enforcement officers to “strictly adopt and implement security measures” on June 30.