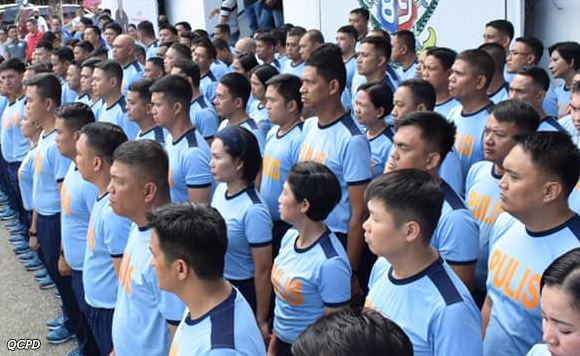 0 1,045
Share
Want more POLITIKO News? Get the latest newsfeed here. We publish dozens and dozens of politics-only news stories every hour. Click here to get to know more about your politiko - from trivial to crucial. it's our commitment to tell their stories. We follow your favorite POLITIKO like they are rockstars. If you are the politiko, always remember, your side is always our story. Read more. Find out more. Get the latest news here before it spreads on social media. Follow and bookmark this link. https://goo.gl/SvY8Kr

When it comes to perception of security and safety, the Quezon City Police District has top marks.

The QCPD received the highest rating in the Community Safety and Security Perception Survey for the National Capital Region, according to its director Brig. Gen. Remus Medina.

It was held in April this year, and the respondents consist of representatives of different sectors of the community, including the academe, religious, business, youth, transport, courtier services, labor, and local governments.

Medina expressed his gratitude to the public for trusting the QCPD and vowed to keep the city safe.