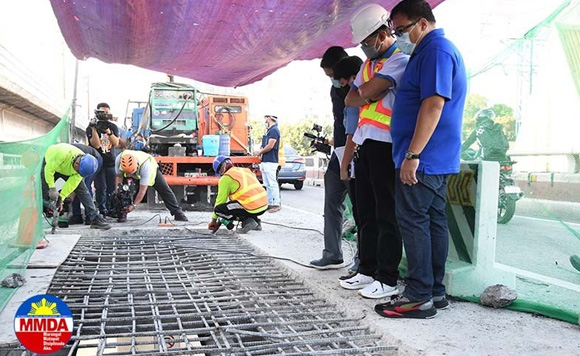 0 920
Share
Want more POLITIKO News? Get the latest newsfeed here. We publish dozens and dozens of politics-only news stories every hour. Click here to get to know more about your politiko - from trivial to crucial. it's our commitment to tell their stories. We follow your favorite POLITIKO like they are rockstars. If you are the politiko, always remember, your side is always our story. Read more. Find out more. Get the latest news here before it spreads on social media. Follow and bookmark this link. https://goo.gl/SvY8Kr

The Metropolitan Manila Development Authority announced that the southbound lane of the EDSA-Timog flyover would be closed to traffic for a month to make way for repairs.

The road closure would begin at 6 a.m. on June 25, according to MMDA Chair Romando Artes, who advised motorists to adjust their routes.

An estimated 140,000 vehicles that use the flyover daily would be affected by the closure.

“We are advising the public to plan their trips and take alternate routes as the DPWH repairs the flyover,” Artes said after inspecting the flyover with the Department of Public Works and Highways.

The repairs would focus on a 30-meter portion.

Artes said these could not be undertaken unless the road is free of traffic.

“Total closure of the bridge has to be implemented considering that the construction works have to be done without any vibration movement. Repairs will be done manually without heavy equipment,” he said.

He also said the MMDA, in preparation for the closure of the flyover, has intensified its clearing operations to ensure that Mabuhay lanes are passable.

The MMDA said EDSA Carousel buses and private vehicles may use the service road and listed alternate routes.