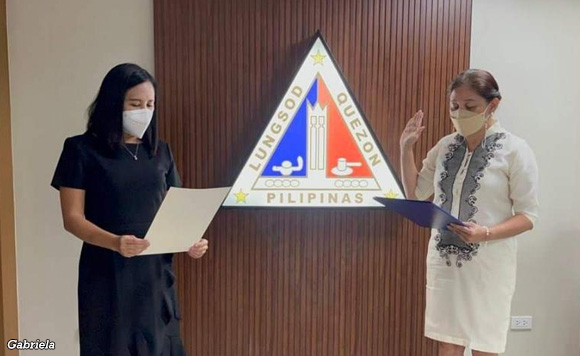 0 869
Share
Want more POLITIKO News? Get the latest newsfeed here. We publish dozens and dozens of politics-only news stories every hour. Click here to get to know more about your politiko - from trivial to crucial. it's our commitment to tell their stories. We follow your favorite POLITIKO like they are rockstars. If you are the politiko, always remember, your side is always our story. Read more. Find out more. Get the latest news here before it spreads on social media. Follow and bookmark this link. https://goo.gl/SvY8Kr

Brosas thanked Belmonte for administering her oath of office on her third consecutive term as representative of Gabriela.

“We will touch base with the widest women, LGBT, and children’s rights constituencies in keeping with our reputation as the sole women’s party-list in Congress,” Brosas added.

Gabriela received over 423,000 votes in the 2022 elections securing one seat.