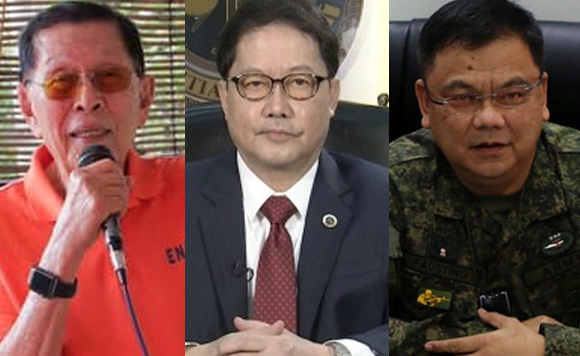 0 3,832
Share
Want more POLITIKO News? Get the latest newsfeed here. We publish dozens and dozens of politics-only news stories every hour. Click here to get to know more about your politiko - from trivial to crucial. it's our commitment to tell their stories. We follow your favorite POLITIKO like they are rockstars. If you are the politiko, always remember, your side is always our story. Read more. Find out more. Get the latest news here before it spreads on social media. Follow and bookmark this link. https://goo.gl/SvY8Kr

Enrile will return to public service six years after announcing his retirement in 2016.

Cruz-Angeles said Enrile vowed to devote his time and knowledge to the country and Marcos Jr. “because I want him to succeed.”

Meanwhile, incumbent Justice Secretary Menardo Guevarra will be the next Solicitor-General. He and Marcos had a meeting last Thursday, June 16.

Before being appointed as ad interim Justice Secretary in 2018, Guevarra was the Deputy Executive Secretary of President Rodrigo Duterte.

Retired General Jose Faustino Jr., the 56th Chief of Staff of the Armed Forces of the Philippines (AFP) will be tapped as Senior Undersecretary and Officer-in-Charge of the Department of National Defense (DND).

Faustino, who retired last November 12, 2021, will be appointed National Defense Secretary on November 13, 2022, in compliance with the one-year ban on the appointment of retired military officers.