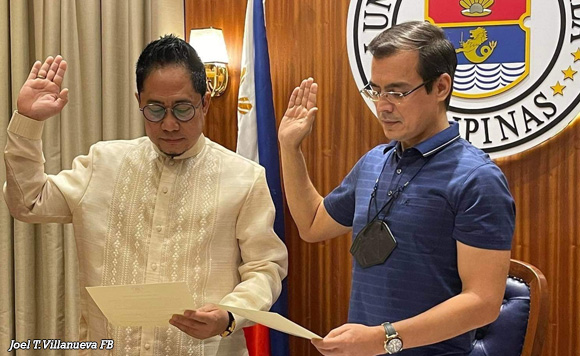 Manila Councilor Joel T. Villanueva has taken his oath of office for his third and last term before his idol, Manila Mayor Isko Moreno Domagoso.

Villanueva said there were mixed feelings during his oath-taking.

His constituents were happy to see him back in office, but were sad that it would be his last term.

He would use his fresh three-year term to provide meaningful service to his constituents and would leave his future plans up to the Lord, he said.

His priority would be to help the administration of incoming Manila Mayor Honey Lacuna and incoming Vice Mayor Yul Servo.

He would also strengthen his community that had been adversely affected by the pandemic, he said.