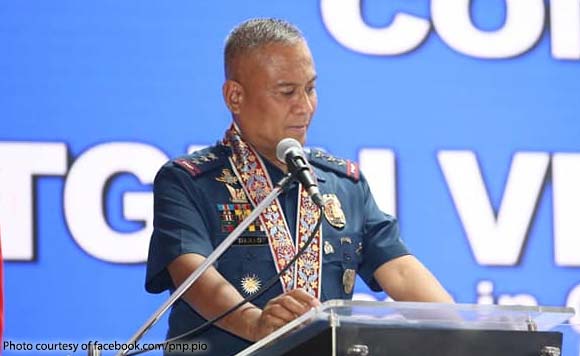 0 565
Share
Want more POLITIKO News? Get the latest newsfeed here. We publish dozens and dozens of politics-only news stories every hour. Click here to get to know more about your politiko - from trivial to crucial. it's our commitment to tell their stories. We follow your favorite POLITIKO like they are rockstars. If you are the politiko, always remember, your side is always our story. Read more. Find out more. Get the latest news here before it spreads on social media. Follow and bookmark this link. https://goo.gl/SvY8Kr

Philippine National Police officer-in-charge Lt. Gen. Vicente Danao Jr. has seemingly changed his tune on the SUV driver who ran over a security guard, after spewing angry words about the motorist and speculating that he used illegal drugs.

The driver, Jose Antonio San Vicente, surrendered to the PNP and was allowed to speak to the media before being released as the time has lapsed for him to be detained.

San Vicente failed to initially cooperate with police, prompting Danao to warn him of the consequences of his action.

After San Vicente surrendered, a more sedate Danao faced the media and offered excuses for why the driver ran away from the guard.

He said it was “very fortunate” that San Vicente had heeded his call for him to surrender and address the issue at hand.

He would now leave the matter to the courts, he said.

He said he advised his client to surface so that he could talk about what happened and extend his apologies.

As for Danao’s speculation that the driver may have used illegal drugs, San Vicente denied this.

His lawyer said he was not prepared to give advice to San Vicente on whether he should take a drug test or not.

San Vicente has been charged with frustrated murder and abandonment of victim.