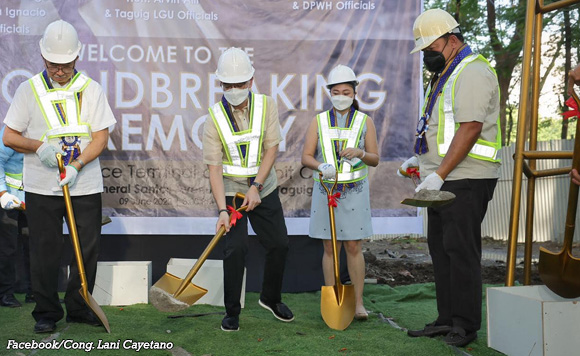 0 1,516
Share
Want more POLITIKO News? Get the latest newsfeed here. We publish dozens and dozens of politics-only news stories every hour. Click here to get to know more about your politiko - from trivial to crucial. it's our commitment to tell their stories. We follow your favorite POLITIKO like they are rockstars. If you are the politiko, always remember, your side is always our story. Read more. Find out more. Get the latest news here before it spreads on social media. Follow and bookmark this link. https://goo.gl/SvY8Kr

The Taguig City government has started the construction of the Taguig City Science Terminal and Exhibit Center, a joint project with the Department of Science and Technology.

Taguig Rep. Lani Cayetano, who joined the groundbreaking ceremony, said the new building is expected to address traffic congestion along Gen. Santos Avenue while also serving as an exhibit center.

The building will have five stories, with the first to third levels serving as a hub for public transportation.

The fourth and fifth levels will serve as service offices and Science and Technology Exhibit Center.

She also thanked DOST Sec. Fortunato Dela Peña for this project that would benefit not just Taguig, but nearby areas as well.