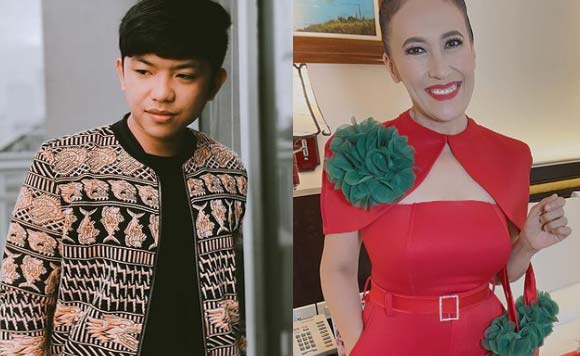 0 709
Share
Want more POLITIKO News? Get the latest newsfeed here. We publish dozens and dozens of politics-only news stories every hour. Click here to get to know more about your politiko - from trivial to crucial. it's our commitment to tell their stories. We follow your favorite POLITIKO like they are rockstars. If you are the politiko, always remember, your side is always our story. Read more. Find out more. Get the latest news here before it spreads on social media. Follow and bookmark this link. https://goo.gl/SvY8Kr

The resolution was filed by Councilor Ivy Lagman, who said “the malicious and unscrupulous defacing of the official seal of Quezon City ridiculed and casted dishonor to it, causing insult to the noble representation of the seal.”

The Quezon City seal was featured in a video directed by Yap and which starred Delas Alas as an official named Ligaya Delmonte, an apparent jab at Mayor Joy Belmonte.

Behind Delas Alas is Quezon City’s triangle-shaped seal with the words “BBM” and “Sara” along the sides.

In a statement on Facebook, Lagman said anybody who disrespects the city seal deserves to be declared persona non grata or unwelcome in the city.

“Maybe this will make all content creators think twice before posting anything on social media such as these videos,” she said.

Freedom of expression is not absolute, she said.

“Ito po ay patungkol sa paglapastang sa SEAL ng Quezon City, Yes you are free to be expressive with your work, but not at the expense of something which QCitizens hold in high regard,” she said.

According to Lagman, Quezon City is proud of its achievements and showcases itself through its distinct corporate seal, which features a triangle with the pylon of the Quezon Memorial Circle.