Manila has the biggest, most modern, and most number of free dialysis centers in the country, says Isko 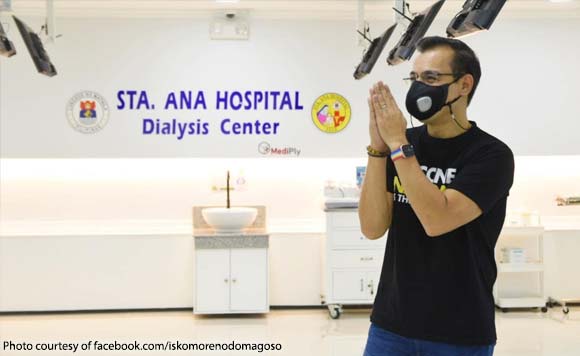 Before he steps down from office, Manila Mayor Isko Moreno Domagaso showed off the city’s free dialysis facilities which he said are the biggest, most numerous, and most modern in the country.

He said that he had pushed for the establishments of his facilities when he headed Manila because when he served as Vice Mayor and councilor, there had been so many people asking for help from his office for their dialysis.

He values the lives of Manila residents, he said.