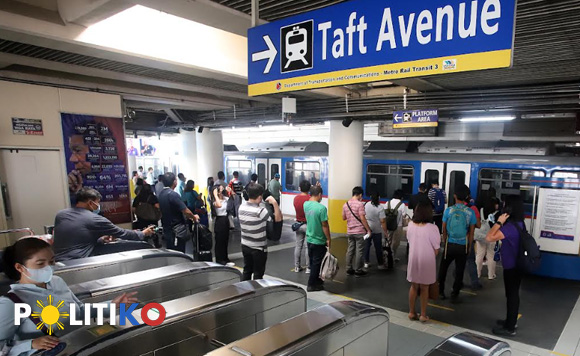 0 1,344
Share
Want more POLITIKO News? Get the latest newsfeed here. We publish dozens and dozens of politics-only news stories every hour. Click here to get to know more about your politiko - from trivial to crucial. it's our commitment to tell their stories. We follow your favorite POLITIKO like they are rockstars. If you are the politiko, always remember, your side is always our story. Read more. Find out more. Get the latest news here before it spreads on social media. Follow and bookmark this link. https://goo.gl/SvY8Kr

Even if the number of passengers using the MRT-3 continues to grow, the railway has recorded no unloading incident since July 16, 2020.

The MRT-3 management said that since May 25, weekday ridership has been hitting the 350,000 mark.

The highest number was recorded on June 6 when it took in 370,276 passengers, it said.

But despite the heavy volume, the MRT-3 suffered no incident that forced it to unload passengers, it said.

This means there has been zero unloading incident for close to two years.

This was further reduced to 28 in 2019 when the railway’s rehabilitation started, and to five incidents in 2020.

For the whole of 2021, there were zero unloading incidents, and the record remains intact up to the present.

The MRT-3 management attributed this to maintenance works and continued testing of the railway.

“Proper maintenance, including the continuous testing of the performance of the fully-rehabilitated subsystems of the MRT-3, made these improvements in the services of the rail line possible. The MRT-3 LIBRENG SAKAY program will continue to provide passengers with safe, comfortable, and free rides until 30 June 2022,” it said.