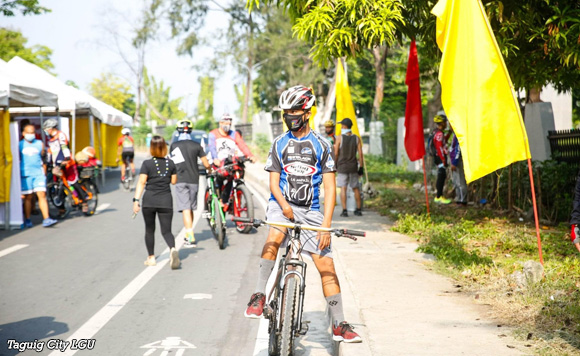 The Taguig government will close a street in the city once a week to provide a safe space for bicycle riders.

This is under the Taguig Safe Streets Program, which the city launched on Sunday as part of its World Bicycle Day celebration.

“The Safe Streets Program is in compliance with a City Ordinance and Executive Order which stipulates that a street in Taguig will be closed once a week, giving the citizens of Taguig a safe place to ride their bike,” the city government said on Facebook.

It affirmed its commitment to provide safe streets and lanes for cyclists.

During the launch of the program, the city offered bike lessons and hosted party games with raffle prizes.

It also hosted advocacy talks where bike groups, bike shop owners, and cycling advocates shared their stories aboud their experiences and pushed for what they wish for the cycling community.