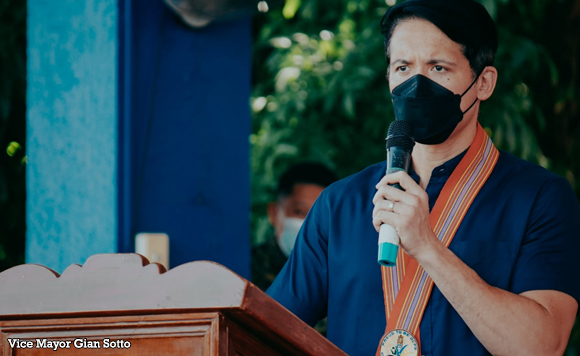 0 1,228
Share
Want more POLITIKO News? Get the latest newsfeed here. We publish dozens and dozens of politics-only news stories every hour. Click here to get to know more about your politiko - from trivial to crucial. it's our commitment to tell their stories. We follow your favorite POLITIKO like they are rockstars. If you are the politiko, always remember, your side is always our story. Read more. Find out more. Get the latest news here before it spreads on social media. Follow and bookmark this link. https://goo.gl/SvY8Kr

For World Environment Day, the Quezon City government has reiterated its commitment to initiate stronger programs and ordinances to address the threat of climate change.

Quezon City Vice Mayor Gian Sotto said the city hopes to be a leading light when it comes to taking action against this problem.

“It is the city government’s responsibility to protect its residents from the threats brought by a warming planet. Through our collective effort with stakeholders and residents, we hope to become the lead city in advancing an inclusive, ambitious, evidence-based, innovative and transformative climate action in the Philippines,” Sotto said.

The city government has already initiated programs to help the environment, such as the establishment of a 93-kilometer protected bike lane network that traverses major and secondary roads to promote active transport and urban mobility.

This plays a significant role in reducing air pollution.

It also has a Trash to Cashback program to reduce plastic waste, and the Vote to Tote program that turns collected campaign tarpaulins and posters into reusable bags.

It has renovated green parks and open spaces and established protected walkways, and would soon use solar energy in 50 public schools and three city-owned hospitals as well.

The city government has also issued ordinances that banned plastic bags and single-use plastics for dining-in customers in restaurants and hotels, provided for the Green Building Ordinance, created the Climate Change and Environmental Sustainability Department, and mandated the inclusion of environmental criteria in public procurement.

Sotto said these projects are in line with Mayor Joy Belmonte’s agenda, which includes building a livable, green, and sustainable city.

“The executive department and legislative department are working closely together to make sure that all of the programs for the environment will be fulfilled and accomplished. Ginagawa natin ito hindi lang para sa atin, kundi para rin sa kapakanan ng mga susunod na henerasyon,” he said.