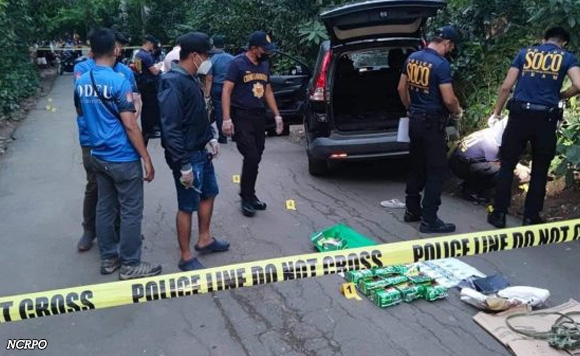 0 598
Share
Want more POLITIKO News? Get the latest newsfeed here. We publish dozens and dozens of politics-only news stories every hour. Click here to get to know more about your politiko - from trivial to crucial. it's our commitment to tell their stories. We follow your favorite POLITIKO like they are rockstars. If you are the politiko, always remember, your side is always our story. Read more. Find out more. Get the latest news here before it spreads on social media. Follow and bookmark this link. https://goo.gl/SvY8Kr

The National Capital Region Police Office will assist in proceedings required for an in-depth investigation into the war on drugs, its chief Maj. Gen. Felipe Natividad said Sunday amid reports that the death certificates of drug suspects had been falsified.

Natividad said he has always directed Metro Manila police personnel to adhere to the rules.

Those found violating these would be prosecuted, he said.

“In NCRPO, we constantly remind our personnel to always adhere to existing laws and PNP Directives otherwise they will have to face the consequences of their actions. Nonetheless, we ensure to run after and file charges against those who are proven to have committed violation during the war on drugs,” Natividad said in a statement.

A Reuters report found that the death certificates of suspects killed in anti-drug operations were falsified to show that they died of natural causes.

Justice Secretary Menardo Guevarra said he would investigate the matter.

Natividad also said the NCRPO would continue with the campaign to curb the proliferation of illegal drugs.

“Despite however of all the shades faced, we will not stop and continue the momentum in the eradication of illegal drugs in the Metro, the long running societal problem of the region,” he said.

He said that from March 1 to May 28, 2022, the NCRPO was able to confiscate nearly P630 million worth of illegal drugs.