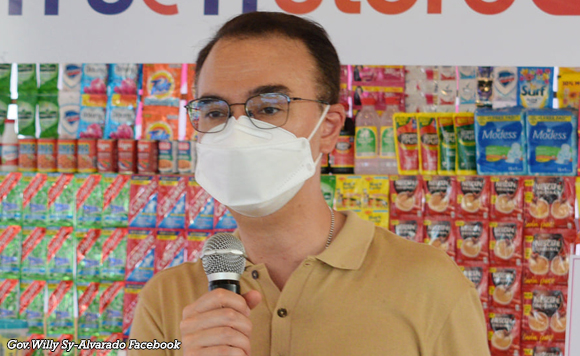 0 1,555
Share
Want more POLITIKO News? Get the latest newsfeed here. We publish dozens and dozens of politics-only news stories every hour. Click here to get to know more about your politiko - from trivial to crucial. it's our commitment to tell their stories. We follow your favorite POLITIKO like they are rockstars. If you are the politiko, always remember, your side is always our story. Read more. Find out more. Get the latest news here before it spreads on social media. Follow and bookmark this link. https://goo.gl/SvY8Kr

Taguig Rep. Alan Peter Cayetano has warned the public against falling prey to scammers who claim to be his staff members just to get money from them.

Cayetano said his office does not ask people to pay a fee in order to be included in his Sampung Libong Pag-asa and Sari-saring Pag-asa programs.

In the first place, these programs been temporarily suspended in compliance with the rules of the Commission on Elections for the campaign, he said.

But he has learned about a modus on social media that uses the names of his programs to get money from people.

His office would not ask people to pay to receive financial assistance, he said.

He also said he has only one official Facebook page.