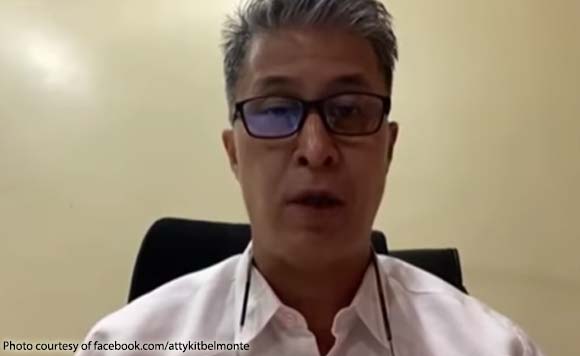 0 153
Share
Want more POLITIKO News? Get the latest newsfeed here. We publish dozens and dozens of politics-only news stories every hour. Click here to get to know more about your politiko - from trivial to crucial. it's our commitment to tell their stories. We follow your favorite POLITIKO like they are rockstars. If you are the politiko, always remember, your side is always our story. Read more. Find out more. Get the latest news here before it spreads on social media. Follow and bookmark this link. https://goo.gl/SvY8Kr

Quezon City Rep. Kit Belmonte has been honored for his efforts to champion legislation that seeks to improve the lives of the marginalized and vulnerable members of society.

Belmonte received the Human Development Legislator Award from the Philippine Legislators’ Committee on Population and Development Foundation Inc. during the group’s 33rd founding anniversary on June 1.

Belmonte said he was humbled by the recognition.

“As an author and co-author of several progressive bills, this award is more than a testament of our work in the 18th Congress. It also symbolizes our shared aspirations for the pursuit of ‘expanding people’s choices and opportunities’ for the betterment of all Filipinos,” said Belmonte, who is also the group’s secretary.

He said he was thankful for the opportunity to pursue reforms with fellow advocates who seek a just and equitable society.

He urged the PLDCP to continue with its advocacy for human development through legislation, and to strengthen efforts to address the challenges to be posed by the next administration.

“Given that this year is the beginning of a new but familiar regime, let me also encourage everyone to further strengthen our cooperation towards overcoming the challenges that we are sure to face and prevent the negation of our past gains,” he said.

Belmonte, who is on his third and last term, said he plans to return to the grassroots to pursue his advocacies.

“It is my fervent hope that those who will remain will continue to carry on the fight in the Philippine Congress,” he said.