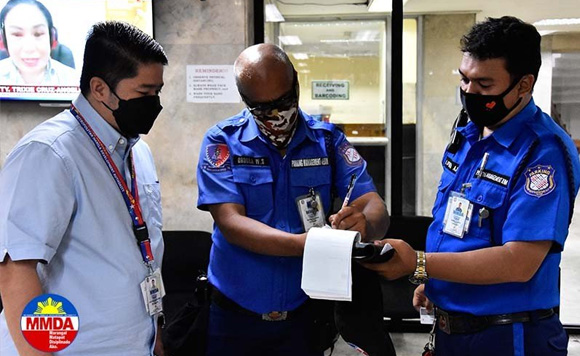 0 2,050
Share
Want more POLITIKO News? Get the latest newsfeed here. We publish dozens and dozens of politics-only news stories every hour. Click here to get to know more about your politiko - from trivial to crucial. it's our commitment to tell their stories. We follow your favorite POLITIKO like they are rockstars. If you are the politiko, always remember, your side is always our story. Read more. Find out more. Get the latest news here before it spreads on social media. Follow and bookmark this link. https://goo.gl/SvY8Kr

Metropolitan Manila Development Authority chair Romando Artes has directed agency personnel to make sure that vehicles they are using are properly registered and have license plates.

Artes issued a memorandum with this reminder after a viral Facebook post of the Riders’ Safety Advocates of the Philippines showed an MMDA enforcer using a motorcycle with no license plates on the northbound late of Edsa-Boni on Monday.

The motorcycle turned out to be unregistered as well.

“The MMDA is mandated to strictly implement traffic rules and regulations. Hence, we should lead by example,” he said.

He warned MMDA employees against engaging in unlawful activities and said they would not be exempt from penalties.

“Violators will not only be issued the corresponding citation ticket but could also face administrative sanctions such as suspension and outright dismissal for contract of service personnel,” he said.

“If proven guilty, we will file the necessary administrative charges, whether permanent, casual, or on job order status, subject to applicable rules and regulations,” he added.