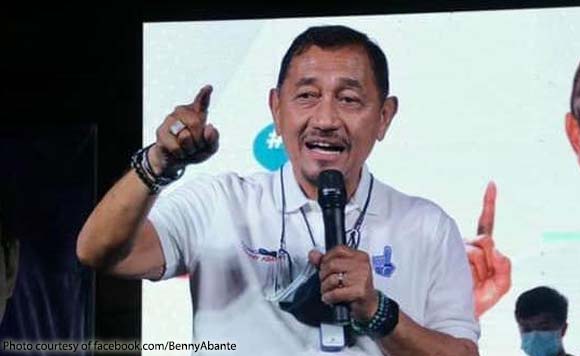 0 241
Share
Want more POLITIKO News? Get the latest newsfeed here. We publish dozens and dozens of politics-only news stories every hour. Click here to get to know more about your politiko - from trivial to crucial. it's our commitment to tell their stories. We follow your favorite POLITIKO like they are rockstars. If you are the politiko, always remember, your side is always our story. Read more. Find out more. Get the latest news here before it spreads on social media. Follow and bookmark this link. https://goo.gl/SvY8Kr

The bill that will set a National Baptist Day and recognize baptists’ contribution to the country is set to become a law soon.

Deputy Speaker and Manila Rep. Benny Abante, who principally authored the measure in the House of Representatives, thanked Sen. Sherwin Gatchalian for sponsoring a counterpart bill in the Senate that was approved on third and final reading on Monday.

The House subsequently adopted the Senate version, which declares the second Thursday of January as National Baptist Day, a special working holiday.

Abante, host pastor of the Metropolitan Bible Baptist Church and Ministries, also expressed gratitude for the Bible Believers League for Morality and Democracy for supporting the bills and helping ensure their approval in Congress.

“The support of Sen. Win and my colleagues in Congress, as well as the wholehearted backing of my fellow pastors, were crucial in passing this measure. Maraming, maraming salamat po sa inyong lahat,” he said in a statement.

The proposed law would highlight the contribution of more than 25,000 baptist churches in the Philippines, he said.

“For over 120 years, baptist churches have gone beyond spreading the word of God; they have been a force for good in a society that has embraced and respected various faiths,” he said.

He said baptist churches and similar-minded institutions give the country a “steady moral compass” amid growing moral ambiguity.

“As societal ills evolve and find new paths into the hearts and souls of our kababayan, faith can help shield our people from temptation, can serve as a weapon against moral decay,” he said.

“Baptist churches and other denominations that promote faith in a loving and gracious God should be recognized for this, and that is our objective in establishing a National Baptist Day,” he added.