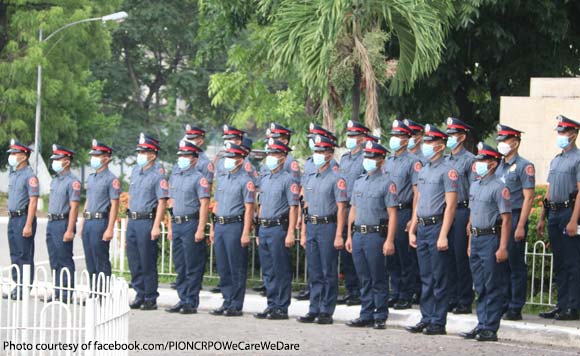 0 1,478
Share
Want more POLITIKO News? Get the latest newsfeed here. We publish dozens and dozens of politics-only news stories every hour. Click here to get to know more about your politiko - from trivial to crucial. it's our commitment to tell their stories. We follow your favorite POLITIKO like they are rockstars. If you are the politiko, always remember, your side is always our story. Read more. Find out more. Get the latest news here before it spreads on social media. Follow and bookmark this link. https://goo.gl/SvY8Kr

Natividad said Metro Manila, being one of the busiest and most populated areas in the country, could be one of the targets for terrorist attacks and bombings.

The NCRPO would do its best to keep the capital region safe, he said.

“All acts of terrorism against people of any religion, race or creed, are crimes against humanity. And are always a threat to any nation’s security. In regards to this, we will be utilizing all of our resources in NCRPO to the maximum and heightened efforts to ensure safety and security of each and every resident of Metro Manila,” he said.

But he was also quick to say that there was no need for the public to panic.

They only need to be vigilant about what’s happening around them, he said.

“I call on the public not to be alarmed nor should to panic instead remain calm and vigilant. I also encourage everyone to be highly alert and report any suspicious person or behavior, report any unfamiliar face in the neighborhood to the barangay or nearest police station,” he said.