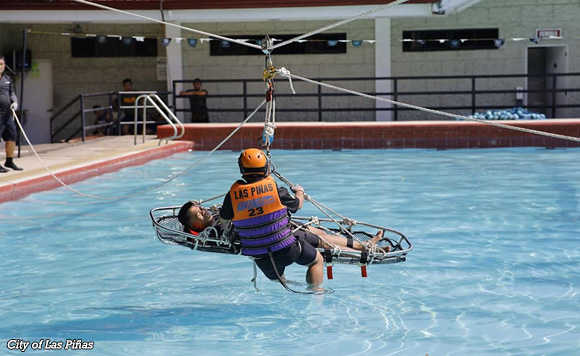 0 2,139
Share
Want more POLITIKO News? Get the latest newsfeed here. We publish dozens and dozens of politics-only news stories every hour. Click here to get to know more about your politiko - from trivial to crucial. it's our commitment to tell their stories. We follow your favorite POLITIKO like they are rockstars. If you are the politiko, always remember, your side is always our story. Read more. Find out more. Get the latest news here before it spreads on social media. Follow and bookmark this link. https://goo.gl/SvY8Kr

Emergency and rescue personnel of Las Piñas City tested and sharpened their skills during their recent interoperability exercises.

The Las Piñas City Search and Rescue and Retrieval Cluster participated in the two-day training event held on May 26 and 27 at the University of Perpetual Help System.

It wants to ensure that response to calamities would be fast, effective, and competent, it said.

The event is also meant to raise awareness among residents that they need to be aware of and prepared for the effects of climate change, it said.