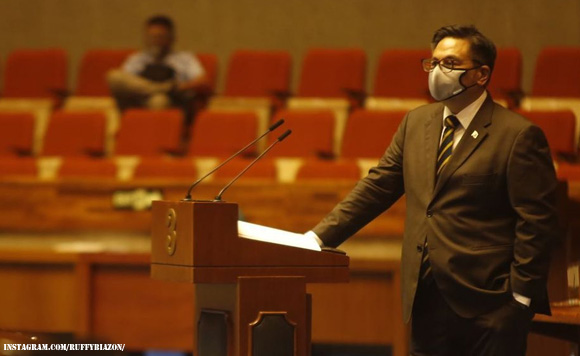 0 1,118
Share
Want more POLITIKO News? Get the latest newsfeed here. We publish dozens and dozens of politics-only news stories every hour. Click here to get to know more about your politiko - from trivial to crucial. it's our commitment to tell their stories. We follow your favorite POLITIKO like they are rockstars. If you are the politiko, always remember, your side is always our story. Read more. Find out more. Get the latest news here before it spreads on social media. Follow and bookmark this link. https://goo.gl/SvY8Kr

“It bears stressing that the proposed bill has a long-standing justification, which came from a government body tasked to investigate maritime accidents, the Board of Marine Inquiry (BMI),” said Biazon.

Biazon said he learned about the processes in the course of investigations of maritime accidents while working as the Chief Legislative Officer of Senator Sergio Osmeña III who led the investigation of the MV Princess of the Orient tragedy.

“That’s why when I eventually became a legislator as a Member of the House of Representatives in the 12th Congress, I filed a bill proposing the creation of the National Transportation Safety Board,” he added.

Biazon recalled that in 1999, the BMI, which investigated the 1998 sinking of Sulpicio Lines’ MV Princess of the Orient, listed as the first in their list recommendations the creation of a National Transportation Safety Commission, an “independent government agency to promote transportation safety by conducting independent accident investigations and by formulating safety improvement recommendations.”

The proposal remained pending even after the Sulpicio Lines lost another ship in 2008, the MV Princess of the Stars.

Biazon lamented that 19 years after he first filed the bill, the proposed law remains pending as the 18th Congress draws to a close, although this time, the has reached the Bicameral Conference Committee.

The solon expressed hope that his colleagues will expedite the reconciliation of the two measures in order to beat the end of the 18th Congress next week.

“Time is running out. We should not let the inaction of six Congresses on a recommendation brought about by the loss of two ships and 914 lives to be continued by the 18th Congress,” Biazon stressed.